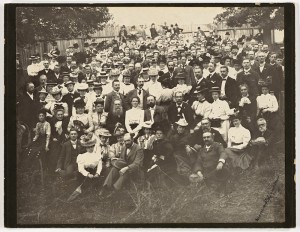 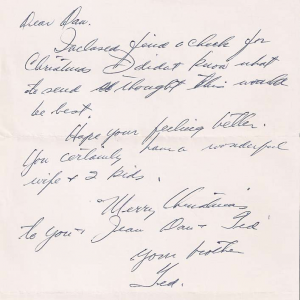 Letter from Ted Williams sent in 1958 to his younger brother, Danny, who was dying of cancer. While Williams could be harsh with his own three children–he once described himself as “horseshit as a father,” he was supportive of his brother and his two nephews, Sam and Ted. Courtesy Ted Williams, his nephew, who now works as a graphics designer in the Bay Area.