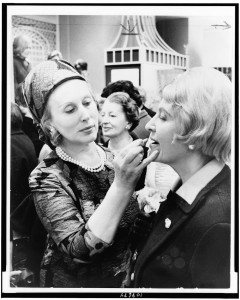 Sit back and enjoy! Kendall’s pages all but turn themselves. AMERICA’S OBSESSIVES is an insouciant romp through the hidden lives of a fascinating group of iconic Americans. Kendall’s prose is witty; his points are sharp; and though he discusses familiar figures (including Thomas Jefferson, Alfred C. Kinsey, Charles Lindbergh, and Ted Williams), his insights will surprise you. Can private demons produce the manic energy and compulsive drive often found in men and women who achieve greatness? Kendall makes the case with gusto. His portraits will stick with you. -

“AMERICA’S OBSESSIVES is-forgive me-compulsively readable. Joshua Kendall takes the reader on an eye-opening and, at times, hair-raising tour through the personalities of heroic, reckless, crude, half-mad, and supremely accomplished people. Ranging from Thomas Jefferson to Estée Lauder, this diverse tribe of American icons shared a common trait-they were all, as one of them said, “born with a disposition to run things whenever [they] could get a chance.” -

Henry Wiencek, author of Master of the Mountain: Thomas Jefferson and His Slaves

“Readers will delight in the weirdness that the author has unearthed.”

“If obsessiveness isn’t a prerequisite for genius, it sure doesn’t hurt.”

“As Joshua Kendall reports in exquisite detail, it was the energy of America’s Obsessives that built this country.”